Warning: "continue" targeting switch is equivalent to "break". Did you mean to use "continue 2"? in /nfs/c11/h03/mnt/193528/domains/guiseofthevillain.com/html/wp-content/plugins/jc-importer/app/helpers/form.php on line 574
 Nike Archives - 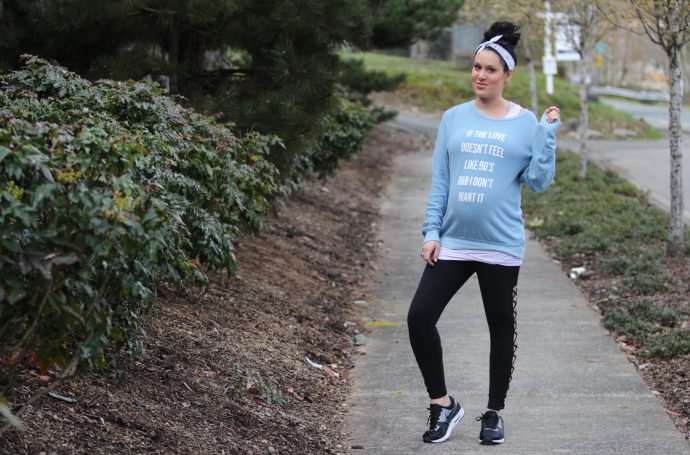 Sooo long, it’s been so long. My excuse is that I’ve been writing harder than I’ve ever written before. More than one project too, so I don’t even shop anymore. And when I do shop it’s for baby gear. Also, I haven’t wanted to wear clothes for months now, so all I’ve had to sell you is my nudity. I’ve started wearing clothes again and not just walking around in Josh’s boxers and a sports bra. Clothes are necessary I’ve found, if you want to leave the house. So, I’ve stocked up on yoga pants (mostly Zella), and pregnancy tanks (which I wear even when I’m not pregnant), and some shirts that can accommodate my belly.

Wildfox. Expensive AF! The first time I bought one I had immediate buyers remorse. However I didn’t return the sweatshirt and have worn it consistently for four years. Wild fox is the only sweatshirts I’ll wear now, because once you feel how soft and comfortable they are you no longer want to wear those other stiff things. The pullover I’m wearing in my photo is not on sale, however I included a couple that are! Just click the links below to check them out.

I’m reading a GREAT book right now, so make sure you click on the link to see what I’m reading. 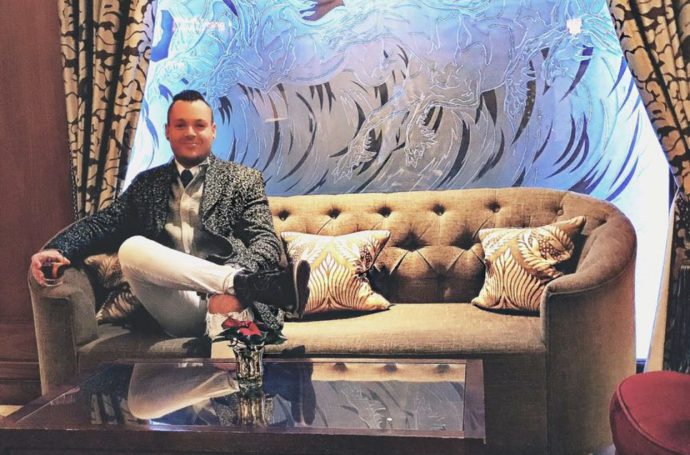 I got Josh to compile a list of his favorite things! Recently I’ve noticed a reoccurring package on our doorstep from a company called Pair of Thieves. Apparently this is Josh’s new favorite undies brand. Actress, Jessica Alba’s husband started this company. I had to laugh when I heard what it was about. Ahem…eliminating SWASS from men’s lives. SWASS standing for…um…sweaty ass. I’ve linked you to those for your guy’s SWASS issues. S’well bottles, we both use ours daily and have yet to find a water bottle we like better. Diesel watches, one of the coolest looking watch brands. We hardly go anywhere without him receiving compliments. They’re definitely large and eye catching for those flashy guys. December is here, ladies. Time to get your shit together and start on that Christmas shopping! 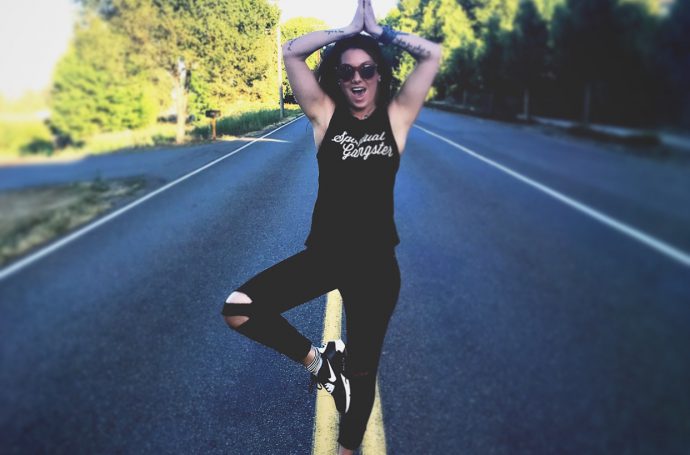 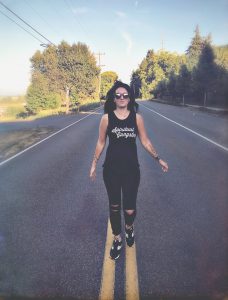 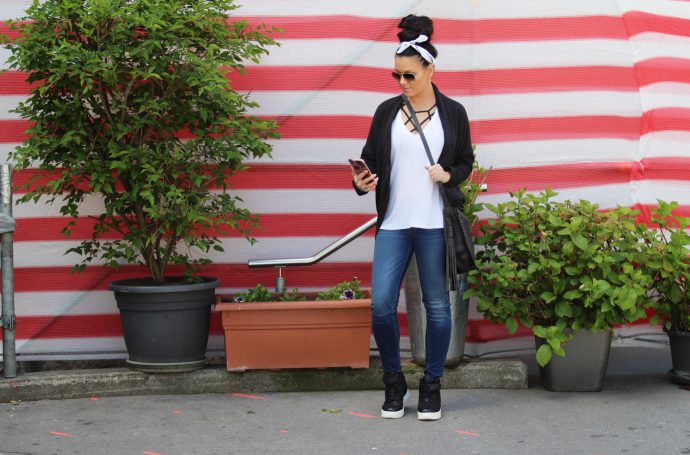 Just a quick post today as I’m writing. Nikes are on SALE! By far my favorite pair, I wear them with everything. Zella sweater is lightweight and perfect for a slightly chilly night. There’s a really unique detail on the back. My sports bra, which I wear under all of my t-shirts to spice them up, is Nike. It’s an oldie so I linked you to a very affordable Victoria’s Secret version. Not a lot of support for big boobs, but enough to wear it under shirts. Truly t-shirts are boring, but comfortable so why not make them a little sexy? Go for it.

One Bag To Rule Them All 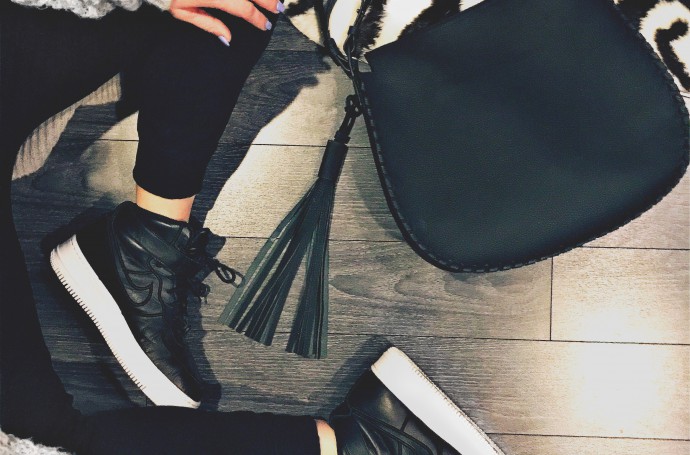 Purse snob! Hello, here I am. It’s true. I veer toward the popular brands like Louis, Celine, Gucci. Shallow, I know. I buy a shallow purse every time I publish a book. Except this year I did not. Why? I guess maybe because I have a wedding coming up and there were so many expenses that go along with that. But, last month, right before I left for England I decided that I needed a new bag. One with a zipper, because do you guys remember my Paris pickpocketing experience? Never again will I travel without a bag that zips closed. Anyway, I didn’t want to spend a mortgage payment on a bag. I found this magic little number. Matte black, tassel, leather, cross-body option. It fits my Macbook, a good sized novel, my makeup bag, and there’s still room. I love this bag more than my shallow, name brand bags. If you’re considering one I posted two different sizes below. One is the suede smaller version if you don’t intend on hauling your laptop around. As for my Nikes, I’ve lived in these for weeks. I love them so much. Be careful when ordering sizes they’re listed as men’s. I am a size NINE women which is a SEVEN in men. 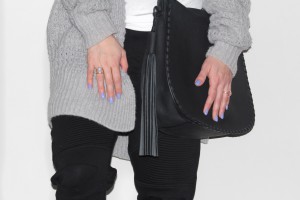 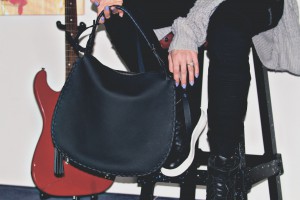 So You Wanna Be A Gangster 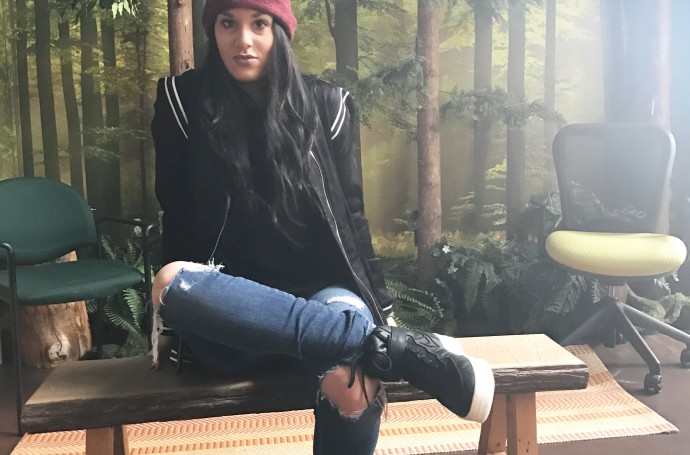 I just know that if Eminem saw me in my gangster Nikes he’d say, “Tarryn, you and I, we’re meant to be together…” I wear them often hoping to catch his eye. Then I’d be a dirty word in one of his rap songs and I could die a happy, happy woman. Am I alone in this dream? I didn’t think so. Marshal can you hear me?!

I am versatile in style. Honestly some days I wake up and feel gangster, some days I want to feel feminine and I slip on a dress. I think it’s okay to be all the things. You know why? Because women are moody as fuck, and also versatile. We figuratively wear many hats, and it’s okay to have many literal hats to reflect that. So for your gangster days I give you my outfit. It’s sort of hipster gangster if you know what I mean. Roll with me here.

P.S. The blazer listed is gold, but there’s a black option. I’m wearing a small. 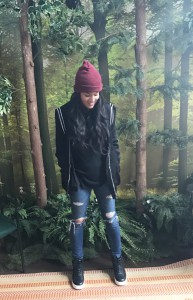 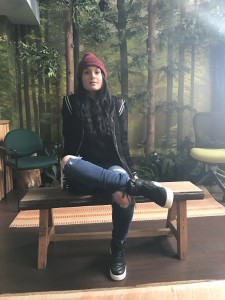